Day 378, A Realization About LIFE.

I was watching a video on YouTube this morning and I saw a few people doing prayer. They were giving thanks to their chosen God. 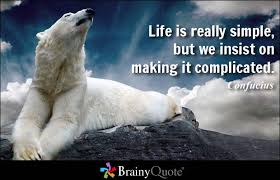 Now these Gods, whatever they are in people's minds, in order for them to exist as a God in reality, they have to have had LIFE first, they cannot exist before there was life, because LIFE is before everything, thus God cannot be a creator of LIFE as is being beLIEved in this world. Why? Because it implies that this God somehow was able to have an existence on its own without having any LIFE prior to its own existence, which is impossible!! And besides that, one cannot GIVE what one does not have, not even to oneself, let alone others. What does this mean for this God that most believers, believe into? It means that something that was not alive, did not have LIFE in any ways or form, in its very beginning has been given LIFE by itself somehow magically, and since then is now empowered to create with this gift he/she/it has been given by itself.??? Can one see it?? Thus creating first life without having it and then use that creation of life to create other creations with it??  Does it make any sense?? because apparently this God couldn't create without having to give himself LIFE first??   Now we can go further with these lines of questions. So If God gave LIFE to him/her/it-self without having life at first how did he/she or it exist without having any LIFE before he/she it gave it to him/her itself??

As I said in the beginning, nothing can exist without LIFE, literally NOTHING. I am placing these questions, in order for people to see that if one keep on going with these questions one will reach a moment where one will see that the believe will start to crumble and it will fall, it cannot hold, because it won't make any sense anymore. Now I do understand that when one believes in God or any other thing that has to do with existence one will try one's best to make sure that the believe one has is protected and defended, because one thinks and believes that one needs it, when in reality one's needs are all taken care of by LIFE itself right here. One breathes in every moment. It is LIFE!! Either one believe or do not believe that one's breath is LIFE, it won't disappear or stop, because one is ungrateful. One will not be punished or not be punished because one did not at least give thanks to LIFE for the breathe of LIFE that LIFE support one with to exist within and as this world, this reality. It just keeps on going, never fringing, no matter what occupies ones mind. Thus LIFE is showing us in every moment that it does not give a F*** what it is one is busy with in ones mind, because it only deals with and support that which is REALITY, that which is REAL!! How many in their lives have given up their believes? Did they stop existing, did the breath stopped? Now lets go even further, when individuals are raping and murdering other individuals, in the moment of their actions, does LIFE leave them, before they could even start or in the middle of what they are doing? This question  is a very challenging question for those whom believe in God, because of what one read about this God as what he did with people whom were " bad/wrong/negative"  and went against him in the books that are telling the tails of these Gods, however not so for me, because I do not believe, I use common sense introspection to assess what is going on, about things I do not understand in a  moment. Thus the answer to that question is rather simple, We cannot, when we are being a raper, see that the one we are raping is another expression as ourselves as this LIFE. In our twisted/sick/abusive behavior we might even like what we are doing without having any inclination about what we are REALLY doing. As the raper we do not have in that very moment the same experience as the one we are raping or murdering. Because as I say, we are unaware of ourselves as LIFE that is within and as us as it is within and as others as ourselves. However because we are expressions of life what we do to ourselves as life have consequences in the reality we find ourselves within and as. Now one can interpret trough ones mind these consequences as : " bad,wrong,negative"  or " good,right or positive," all of which do not matter to what one has accepted and allowed to happen to another as oneself as life and the consequence will play itself out, because by doing it one has created it in reality. We are busy creating in every moment, and at the moment our creations are NOT what would be BEST for all that we are as creations within and as LIFE as outcomes of our creations. Thus whatever we as expressions of LIFE give in LIFE will be visible as our creation within our lives that have an effect and/or  affect lots of others in all of what life is HERE, not only for the ones that do/did it or initiated it, however also for all that are HERE.

The reason I and most of us humans do not see LIFE as alive, is because we are NOT equal and one with and as LIFE. We see LIFE as a thing that is needed in order to have an existence, Something that is separate from us, but not actually that we ARE IT!! However we never see/realize and understand that existence itself IS LIFE, and that we ARE this LIFE. For whatever to exist LIFE must be first, it must have its existence first in LIFE to come out of LIFE. Thus until, we do not become as one as equal as life here, the world as it exists right now will continue up to the point of us annihilating ourselves from this world and in so doing taking with us many other expressions of life that did not had actual deliberate participation in it. We must understand that we are doing it ourselves to ourselves, we are creating our own demise. There is no devil nor is there a god working behind the scenes, only humans with devilish thoughts or godly thoughts creating all of what is here as we know it and can see it, and experience it.
We are creating destruction, violence, abuse in all kinds of forms and manifestations and it is all HERE for all to see. Whatever we as humans create at the moment is reflecting our unawareness of ourselves as LIFE!!

As a man of great influence in my life has placed it once and I quote: " You will be measured by who you are, in what you do about what you see!"  Bernard Poolman.

These words I will never forget, because they speak volume about what I accept and allow to happen in my life and in lives of others in this world. To me these words are like, the greatest truth I have ever heard in my life.


Join us at: Desteni
Have a look at Equalmoney the solution to all the problems in this world.
Support our research and buy one or more products that will assist and support you greatly in understanding what is actually going on in life, through;  EQAFE
And do the life course and perfect yourself: DIP
Study this  proposal which is:  LIG
Posted by Larry Manuela at 04:35 No comments:

It is time to change

The Crucifixion of Jesus - Part 22

The Secret History of the Universe - Is Energy Life - Part 6